The „Borderless financial and economic education” project was a great success

The closing event of the joint project of the OTP Fáy András Foundation and the Slovak OTP Ready Foundation, supported by the Interreg V-A Slovakia Hungary Cross Border Cooperation Programme, took place on the 13th of June, 2019 in Budapest and Nyíregyháza. More than 120 students and adults attended the events held on the two locations. 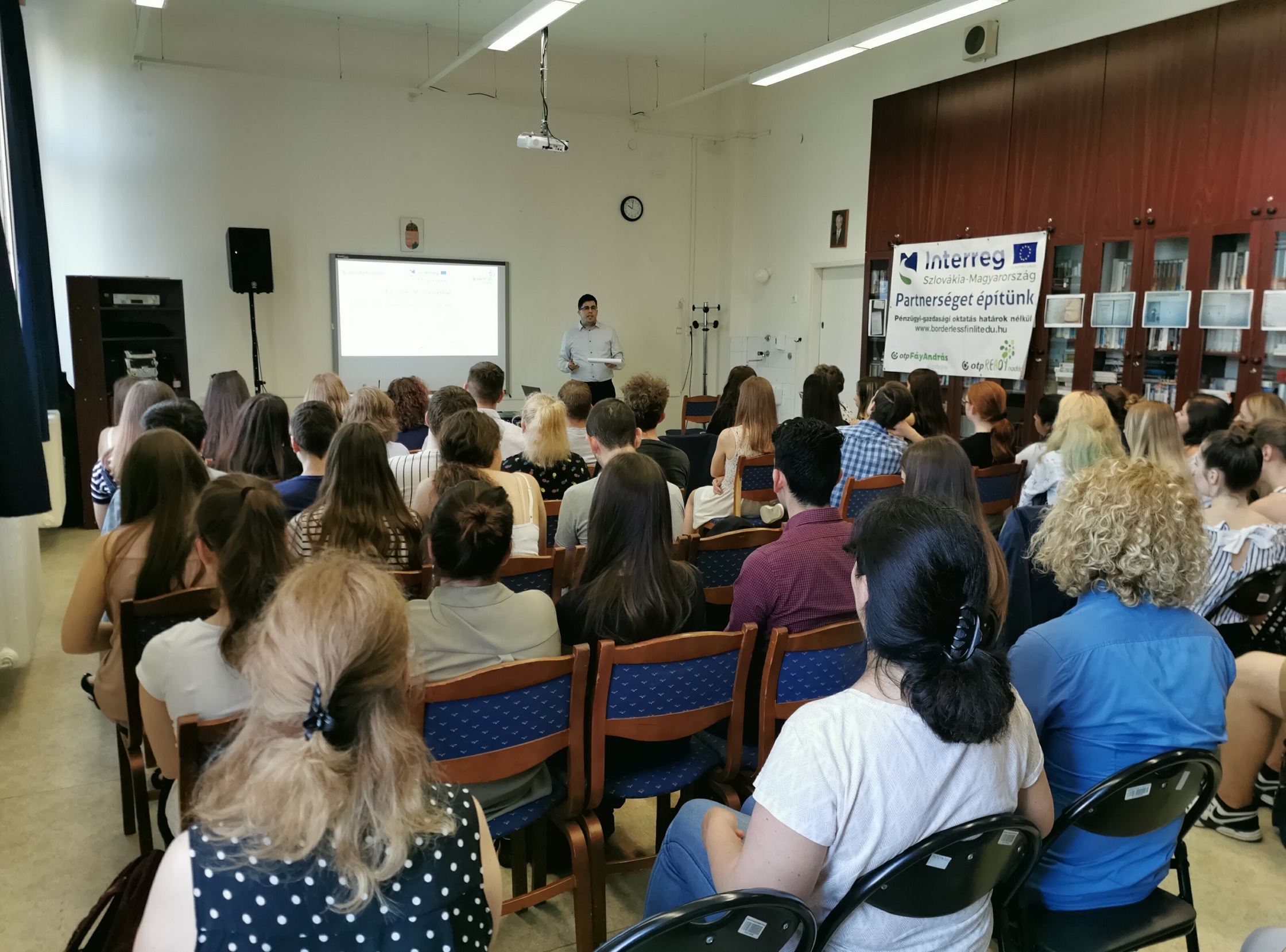 Students, educators and parents attending the two events were introduced to the project's professional and quantified results, they gained insight into the financial, economic and  management habits of the young generation through various professional presentations and roundtable discussions and they could try out the latest robotics developments of the two Foundations.

Following the greetings in Budapest and Nyíregyháza, Larion Fejes, Strategic Director of the OTP Fáy András Foundation, informed the participants about the results of the project. One of the most important goals to be achieved was the establishment of the OK Education Center in Trnava, which was completed on June 1, 2018. Thus, after Budapest, Nyíregyháza and Bucharest, the 4th Center opened its doors to those interested.

During the 2 years of the project, nearly 7,000 students have received free financial, economic and management trainings, including more than 70 bus trips aimed at involving disadvantaged regions, schools and students. In addition, more than 1,500 people were introduced to the project through various awareness raising events. Not only students, but also adults were involved in the project, for them new curricula were prepared and tested. To this end, the staff of the two Foundations participated in a series of methodological training sessions on adult education for several weeks.

The leader of this project emphasized that all predefined goals and indicators were achieved, which also highlighted the success of the project.

After this in Nyíregyháza, Kamila Trévaiová, representative of the OTP Ready Foundation in reported on the achievements on the Slovak side and gave a visual presentation of the everyday life of the newly created Center in Trnava.

The next part of the program was an experience-based presentation about the trainings and the feedback of the students involved during the project, held by Imréné Giczi in Budapest, Deputy Director of BGSZC Budai Secondary School, and in Nyíregyháza by Katalin Kiss Diményné, teacher of the Szent László High School, Mezőkövesd.

After these presentatios, in Budpest Annamária Tari, psychoanalyst, talked about the behavioral culture of Generations Y and Z, with the title: “If you know, you may not be doing it…”

In Nyíregyháza, Zsanett Czeglédi, Director of Institution at the OK Educational Center of Nyíregyháza, talked with singer József Pápai „Joci” about career, future awareness and the path to success.

At the latter venue, the program was further enriched by a roundtable discussion with Lilla Csufor (lead trainer of the OTP Fáy András Foundation), Katalin Kiss Diményné (teacher of the teacher of the Szent László High School, Mezőkövesd) and Péter Agócs (headmaster of Almágyi Primary School and Kindergarten) attended.

In Nyíregyháza, an interactive presentation also allowed the participating students and adults to try out the latest digital developments used by the Foundations in the project.

As a conclusion of the professional programs - both in Budapest and Nyíregyháza - there was a reception where representatives of the two Foundations and guests talked informally about the success of the project, the new digital developments and the possible continuation of the program. 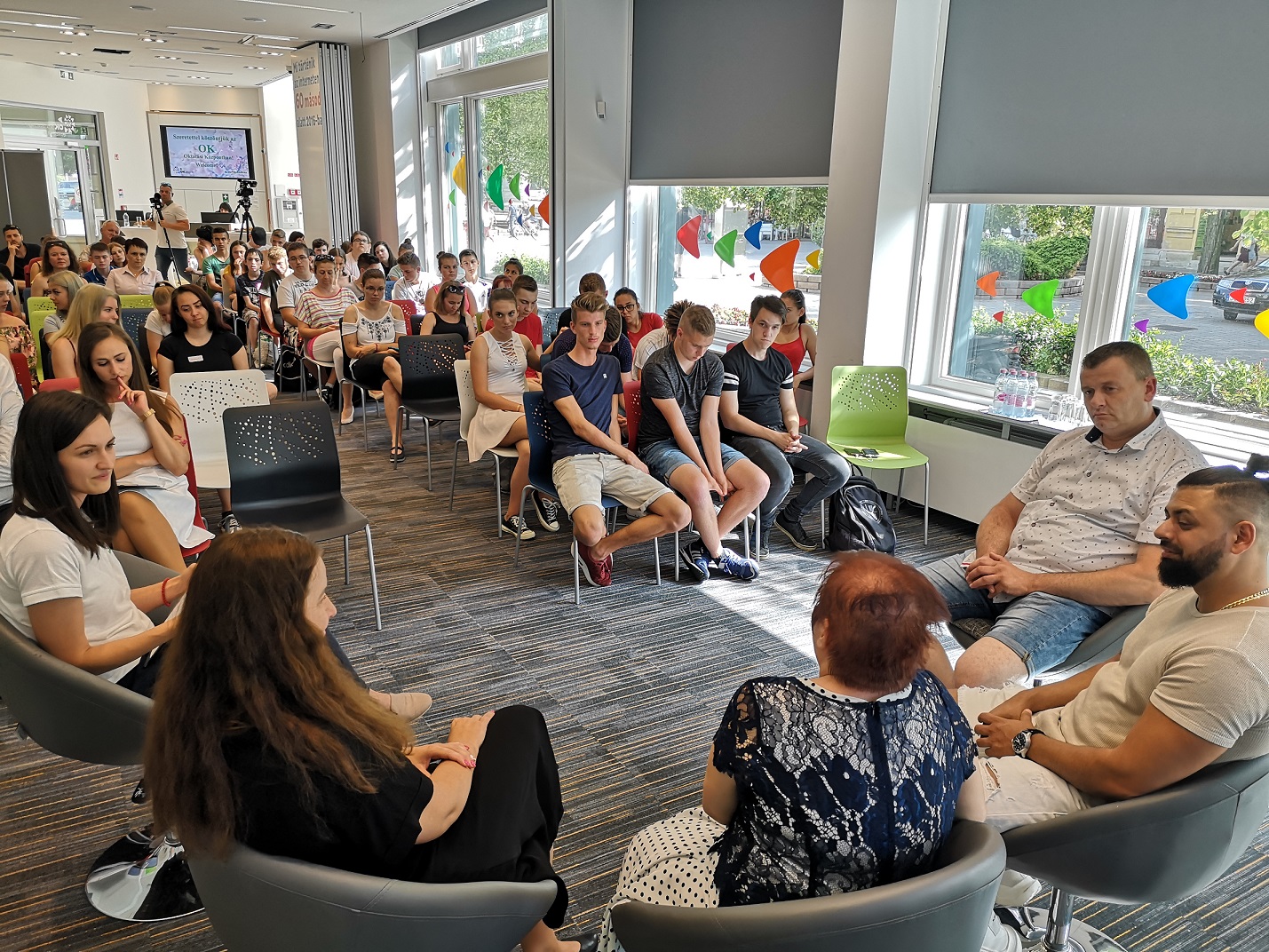 The content of this article does not necessarily represent the official standpoint of the European Union.